I thought of a way to fuel/exhaust a combustion potato cannon is a simple way. I originally came up with the idea when I decided I wanted to build a cannon using a garden sprayer for a chamber like this one: 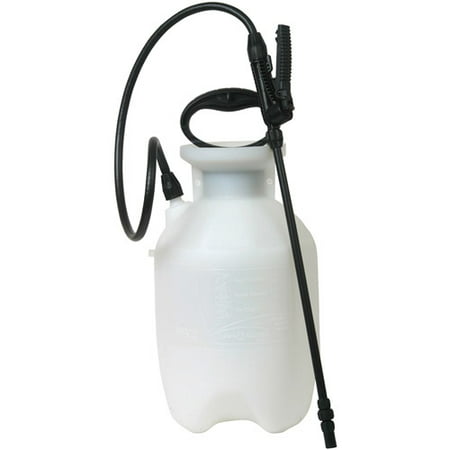 The problem with this kind of chamber is that there is only one large hole and that would be used for the barrel. So the traditional method of using a fuel meter, exhaust valve, and mixing fan would not work as well. With the inspiration of ijahman's RR6 design http://www.spudfiles.com/combustion-can ... 19769.htmlI came up with a prototype to test the concept of displacing the exhaust out of the barrel using a propane torch. The torch acts as a Venturi nozzle that mixes the correct proportions of propane and air. This fuel/air mixture goes down a tube to the back end of the chamber and pushes the exhaust gas out of the barrel. So without having to use a fan or ball valve, a new charge is ready! I found that the cannon works in all orientations when fueling/reloading. Having it upside down or sideways doesn't affect the power (as measured by how load the bang is).

Pros to this design:

Cons to this design:

-Have to count off seconds of fuel
-Increased fueling time
-Will not work if you load projectile then refuel.

I plan to go forward with my garden sprayer cannon idea utilizing this fueling method. Tell me what you all think!
Top

A carbie Fueling system,like the idea it's worked well for so many years in other applications why not spudding.

The chamber shape and placement of the intake would seem to have a big impact on performance,have you tried it with a non fluid shaped chamber? PVC pipe etc with voids/pockets of unburnt fuel or non exhausted gasses.

I have tested this set up with a water bottle chamber in the video and with my garden sprayer cannon (Chappy) only. And those chamber shapes seem to work just fine. I don't really have any measuring equipment that I could use to measure a performance difference between chamber shapes. My guess is that the pockets that come with pipe fittings wouldn't affect it too much. I think that bigger factor would be that aspect ratio of the chamber (long and skinny vs spherical). That's just my guess though.
Top

The advantage that carbide has over most others fuels is that it has a very wide combustion range making fueling much easier and misfires uncommon.

The disadvantage that carbide has over most others fuels is that it has a very wide combustion range making correct stoichiometry unnecessary but therefore limiting the amount of energy in the chamber.

Oooh now I'm confused. I think rna-duelers is talking about a carburetor fueling system like in an engine?
Top

Have you started on the weed sprayer chamber?

Ok Gotcha! Check out the thread below this one. I made the cannon it's it's called Chappy. I hydrotested the chamber though out of curiosity and it failed. See details in the thread.
Top
Post Reply
7 posts • Page 1 of 1