Brian the brain wrote:It's far from ghetto Jack...
It is put together with a lot of thought and it is more than obvious it's supposed to resemble the L96...

It has some rough edges but nowhere near ghetto...

It is ghetto in the sense that it shows that it was made with limited tools and materials, but that in now way means it shows lack of skill and accomplishment, on the contrary it's a very impressive and complete job which shows dedication and ingeniuity.
Top

Where as ghetto means lack of all of the above but then all gets compensated by a lot of duct tape..
Gun Freak wrote:
Oh my friggin god stop being so awesome, that thing is pure kick ass. Most innovative and creative pneumatic that the files have ever come by! 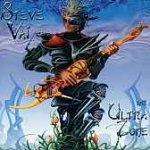 wow, i must say that is amazing craftsmanship on the stock, I havent seen many hand carved or even any diy stocks like these that look as real as yours. I have been using Spudfiles for a long (using different username now) but i must say, it looks great!

Bolt action would be cool but it's hard to do on a coaxal. I have a few designs for bolt action mechanisms but theres just too hard for me with the tools i have to make one that doesn't leak.
Top

i hear you on that bolt action mechanism. The only time I had success on one was when I made it out of aluminum (the barrel was aluminum too) and used a lathe.
Top

AWSOME!!!
yeah thats about it so again AWSOME!!!
but i do think that u could sand down the stock a bit
sorry for kicking the thread up
it's just to AWSOME!!!
Top
Post Reply
37 posts