Hey guys, my first cannon, is a tshirt launcher. everything seemed great. Modified the sprinkler valve with a blowgun handle, and it has a dual tank for multi shots. When i pressure up my main tank to about 80psi and my second (firing) tank to about 60psi, pull the trigger, the gun expels the air and honks very loudly. But doesnt shoot the tshirt more than about 4 feet. I've read all i think i can find, but no real answer. Ive epoxied all openings, smeared grease on the diaphram.

My though, is when i got the valve and took it apart, there was some water inside, that someone had used it and returned it. So maybe the valve is faulty.

Pictures help, and what type of sprinkler valve is it?? The water is not a big deal, for its what the valve is actually made for.
Go Bruins!!!!
Top

Might be some relevant info here as well:
http://www.spudfiles.com/forums/the-spr ... 16786.html
Check out my YouTube SpudGun Channel!
Top

this is the valve:

anyways, thought it might have been too small of a pilot (was a blowgun) so I actually removed the blowgun, put my finger over the hole, charged it up, then released my finger... identical results, poor air flow and a long honk.

it's hard to find those sprinkler valves around here, its kind of rural, but when i find a new one, i'll reinstall it and see if it changes, but for now, i have a firing tshirt cannon

Purchase this one because this has been the easiest to modify and has been used for years. Plenty of how to's available.

Make sure to remove the white plastic filter from the diaphragm, make sure the manual bleed lever is closed and then epoxy the solenoid opening. Drill out the top to put a fitting for the blowgun. 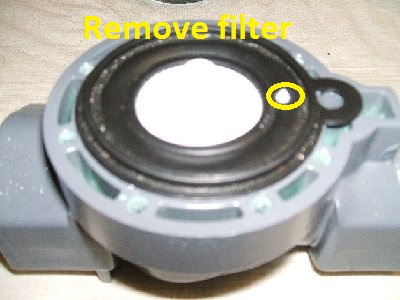 Look at deweys pic above, your valve should have the same little white thing in it, take it out, and it should work. Btw when I asked for pics I meant of your actual valve and your link didnt work for me!
Go Bruins!!!!
Top 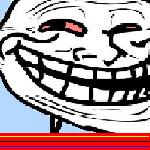 how did you plug the pilot hole with your finger at 60+ psi???

Im guessing you are doing something a little bit wrong...