Harness the power of precision mixtures of pressurized flammable vapor. Safety first! These are advanced potato guns - not for the beginner.
Post Reply
74 posts

Well this is my first submition to the hybrid cannon showcase.
I am having problems fueling it but Ill get to that later. i have gotten a couple shots off, and it is very loud especially at higher mixes.
I Name it Lieutenent Johnson

No idea why, it was just the first thing that popped into my messy brain.

Here is an intro pic for ya guys

Well I better give some specs so...

I also wasted some money but that was not included in the total cost. I broke a $9 gauge and bought a $13 air reg that didn't work and I cant return it because I was running propane through it

As said above i am having trouble fueling this thing and have done all the calculations in hybrid fueling 101 many times and keep on getting the same answer, to pressurize the meter to 7.3psi to get a 1x mix. I don't know if this is right or wrong but it doesn't work when I pressurize it to that. The times I have gotten it to work have been sheer luck.
So I would love it if someone could calculate the pressure I need to pressurize my fuel meter to to get a 1x mix and see if they get the same answer.
BTW meter is 1.221ci and chamber is about 14ci

I promise Ill get you a good res vid if I can get it working consistently.

A collection of pics

Tell me what you think

Edit VID
Alot of effrt went into getting you this vid
I know I didnt do some of the shots that I said I would do becasue it got dark.
Anyway enjoy
[youtube][/youtube]
Last edited by bigbob12345 on Wed May 07, 2008 6:44 pm, edited 8 times in total.
the smallest combustion known to man
The Luitenant Johnson Hybrid
SPVMBR
Top

pretty sweet. looks like you really cranked in that plug...
"physics, gravity, and law enforcement are the only things that prevent me from operating at my full potential" - not sure, but i like the quote

Thanks
And that plug actually wasnt cranked that much, it just slid in there with ease(well I guess ease isnt the word for cranking it in with a pipe wrench as hard as possible).

hey congratts on your first hybrid! welcome on the team!


just try until you get the mix right.. anf the mistake can be that the meter is to big for your chamber so the gauge is not accurate at 7PSI..


nice first hybrid you got there..
"Made in France"
- A spud gun insurance.
Top

Thanks
It now has a name, as seen above

And when I shot it once it was 1x, another time it was 3x, and the last time was 4x(LOUD).

Maybe Ill just pressurize the meter to the amount needed for the mix.
example:2x=14.7psi, 3x=22.2psi and so on
the smallest combustion known to man
The Luitenant Johnson Hybrid
SPVMBR
Top

that will solve your prob..
and remember to use a strong burst disk that don't burst if you use it at a mix lower than the mix it was made for.

try to wad up a marble and put it through a two by four.. go to 6x today and get some damage shots
"Made in France"
- A spud gun insurance.
Top

I tested the my burst disks up to their burst pressure with my hp pump to make sure they burst at the peak of the shot.

And I have some heavier ammo than marbles that should be a little more fun.
the smallest combustion known to man
The Luitenant Johnson Hybrid
SPVMBR
Top

ok then cast some lead

try some bolts at steel plate to!

and last do some buck shot with lead pellets.. that is the most over whelming shot i had since it had more power than a 12gauge on 30 feet.
"Made in France"
- A spud gun insurance.
Top

I currently dont have any sheet metal tho shoot the bolts at so ill just shoot them at an old liscence plate.

I dont have any lead pellets but i have thousands of copper bbs which I will shoot at a 2 by 4 and try to replicate your very impressive result.
the smallest combustion known to man
The Luitenant Johnson Hybrid
SPVMBR
Top

hmm looks like a nice gun bigbob
"Some say his pet elephant is pink, and that he has no understanding of "PG rated forum". All we know is, he's called JSR. "
Top

bigbob12345 wrote: I dont have any lead pellets but i have thousands of copper bbs which I will shoot at a 2 by 4 and try to replicate your very impressive result. 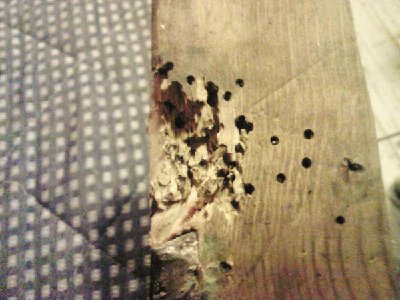 I never cease to be impressed by that picture.
the smallest combustion known to man
The Luitenant Johnson Hybrid
SPVMBR
Top

and about the "message too short thing". all you have to do is hold the space bar for a couple seconds after typing a short message and hit post...
Forum Rules - follow them or else!
“Happiness is the meaning and the purpose of life, the whole aim and end of human existence”
Top