Building or modifying BB, Airsoft, and Pellet type of guns. Show off your custom designs, find tips and other discussion. Target practice only!
Post Reply
9 posts • Page 1 of 1

How on earth does this thing work? I have quite some knowledge of firearms in general, and cylinder fed guns with pre cut grooves such as the Pancor Jackhammer, Webley-Fosbery and even the Solar Eclipse launcher make a huge amount of sense to me. But this thing (and the lack of cut-away pictures) just baffles me...

I noticed that upon pulling the trigger, it fires the round first and then almost immediately rotates the drum even before the trigger is released, basically the reverse of what a double action revolver does. Now i know ICS and CAW made airsoft versions of these for gas shells, so the plans can't be that hard to find right? But i've had no luck finding even the plans for the airsoft ones. There is an animated full disassembly vid on youtube, but it's hard to make sense of...

Any ideas? I'm thinking of building a small pre-wound drum cannon using the mechanism of and old vacuum cleaner that rolls up the power cord. It's almost pre-built for the task and already has a nice drum shape to it. I might shoot BB's with it, that's why i'm posting it in this section of the forum

Can you see anything here

Dear god, it's gas-operated?! I would have never guessed that... The other disassembly video i watched didn't show the X-ray part, thanks a lot!

It seems that there is a small spring loaded piston at the start of the barrel that uses the gasses of a shell being fired to disengage a ratchet mechanism that prevents the drum from unwinding? Or at least that's what i'm seeing.

Tho i'm not really sure what the extra pin attached to the hammer does? Maybe as an extra safety to prevent the cylinder from accidentally turning counter-clockwise when bumping into something when the shooter is pulling the trigger.

If so, the MGL design would not be very suitable for the design i had in mind. But i learned something today at least

But wait, you also informed me about Swan donavons exhaust mod in the short questions topic! After releasing the trigger, the air in the variable output chamber gets dumped into the atmosphere.

Maybe i could still use the MGL's gas-operated ratchet design, but actually use that small amount of air to operate a similar mechanism, with a much weaker return spring of course.

I need to start drawing some stuff...
Top

I think that would be such a small volume as to be insignificant. If your ammo is small BBs you could basically build a revolver with mechanical action

Well the final design would be an AA-12 style gun, shooting a bunch of BB's (maybe 25 or 30 depending on the design) at the same time. The drum magazine would have roughly the same dimensions as the AA-12's 20rd drum.

So it will probably have more than 20 chambers, each having roughly the same diameter as a 12ga shell, so i fear this might be a bit too complex and heavy for a double action type trigger? Also, i'm kinda bad at making small complex trigger parts

Alex345 wrote:Now i know ICS and CAW made airsoft versions of these for gas shells, so the plans can't be that hard to find right? But i've had no luck finding even the plans for the airsoft ones. There is an animated full disassembly vid on youtube, but it's hard to make sense of...

Ah, if only there was a friendly spudfiles member with a GLM that could make a little video to help you out! 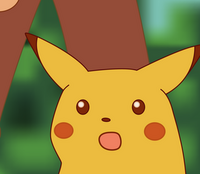 As you can see, winding the drum engages the ratchet.

When you pull the trigger, it disengages the ratchet. Notice I was holding the drum while pulling the trigger when it was open, because otherwise it would have wound all the chambers to the end.

When you pull the trigger, apart from the "firing pin", another pin comes forward to lock the drum in place, so that even though the ratchet is disengaged the drum does not move. Once the trigger is release, the drum is free to rotate but the ratchet is also engaged, locking the drum with the next chamber in place.

Nice! I've always wanted one of those, but back when i was still into airsoft i can still remember feeling so bad-ass with my underbarrel M203... Only to fire it on a group of opponents and finding out the shell had bled out in less than an hour, resulting in a faint "plop" and 3 BB's rolling out the barrel before i got lit up by said opponents

I assume there is a rod running through the "spine" of the launcher that connects the trigger to the ratchet mech?
Top

Alex345 wrote:I assume there is a rod running through the "spine" of the launcher that connects the trigger to the ratchet mech?

Yes, here is the parts diagram.